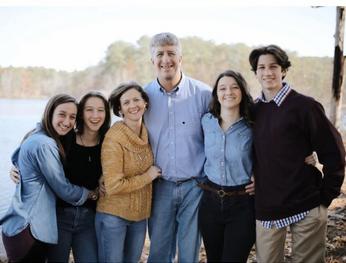 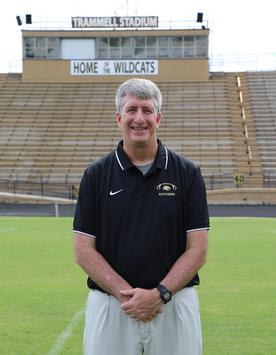 Cris Bell begins his second season as head coach of the Scottsboro Wildcats.

In nine years at Oak Mountain High School in Birmingham, Bell’s teams went 47-49 on the field in Alabama’s 7A Region 3 with 4 trips to the state playoffs. Additionally, 45 of his players won all-area recognition, with 2 earning player of the year honors. (Warren Shader in 2014 and Evan Smith in 2020) Ten players earned all-state honors and 41 went on to play in college. Bell was recognized as Alabama’s 7A State Coach of the Year by the Sportswriters’ Association in 2020, and by the Coaches’ Association in 2014. Additionally, Coach Bell was named Over the Mountain Journal Coach of the Year in 2012, 2014 and 2020. Oak Mountain’s 9-1 regular season in 2014 has been the school’s best, and he leaves the school as the program’s total win leader and highest region winning percentage. Bell arrived at Oak Mountain High School in 2012 after spending one year at Marietta High School in Georgia. While at Marietta, Coach Bell coordinated the special teams, coached linebackers and helped Coach Scott Burton’s Blue Devils to a 2nd place finish in Region 5AAAAA and a trip to the 2nd round of the state playoffs. Bell’s special teams units blocked 7 kicks on the season, created an additional 3 turnovers and scored 2 touchdowns. Coach Bell came to Marietta after having spent the previous four years as the Athletic Director and Head Football Coach at brand new Strong Rock Christian School in Locust Grove, GA. On the field, Bell’s teams made 2 playoff appearances in the school’s first 3 years of varsity competition, with him being selected as GISA Region IAA Coach of the Year in 2008.

Prior to moving to Georgia, Bell served as the associate head coach and defensive coordinator at Hampden-Sydney College in Virginia for five years, where the Tigers had a cumulative record of 34-16. Coach Bell spent one year as the running backs coach and recruiting coordinator at Carson-Newman College, helping the Eagles to a South Atlantic Conference Championship and playoff appearance in 2004. In 1999 and 2000, Bell was the head coach at James River High School in Midlothian, VA, where he took a program that had 9 wins in the previous 5 seasons to a 2-year record of 15-6 and the 2000 Dominion District Championship. Bell was honored as the Dominion District and Central Region Coach of the Year for the 2000 season. His cumulative record as a head coach is 77-84-1. Before his stint at James River, Coach Bell spent one season as the linebacker coach at Greenville University in Illinois, four years as the offensive coordinator at Mills Godwin High School in Richmond, VA, four years as the defensive coordinator at Appomattox County High School in Appomattox, VA and one year as the line coach at Patrick County High School in Stuart, VA.

Coach Bell received his Bachelor's degree in history from Hampden-Sydney College, where he was a three-year starter at linebacker, helping lead the Tigers to the 1987 ODAC Championship. Originally from Richmond, VA, Bell and his wife of 31 years, the former Kim Tilton, have three adult daughters, Haden, Pearson, and Evie (a cadet at the United States Military Academy at West Point) and one son, Reese, who graduated from Scottsboro High School in May of 2022.